They are the most popular family in the world (sorry Obamas). You either love them or you hate them, but most likely – you’ve heard about them. They are the Kardashians and they won’t leave you indifferent.

Recently there has been a lot of buzz about this family (isn’t there always a lot of buzz around them?) and the conflict that happened with Rebel Wilson and the youngest two from the Kardashian/Jenner group. In case  you are uninformed let me fill your gossip cup up with all the juicy details. Rebel revealed that she was asked to present an MTV award at the EMAs together with the uprising stars Kendall and Kylie Jenner. While being a guest on an Australian radio show the comedian revealed that she refused and stated: “It’s not that you hate any of them individually, but it’s just that everything they stand for is against everything I stand for. And they’re not famous for talent. I worked really hard to get where I’ve gotten to.” She also stated that the whole family got famous for Kim’s sex tape. Some agreed, the others got protective of their reality TV royalty, and the whole thing got way to much attention considering it’s just Rebel’s opinion. But, things didn’t stop there. Wait for it… Oprah got involved! Yes, Oprah! 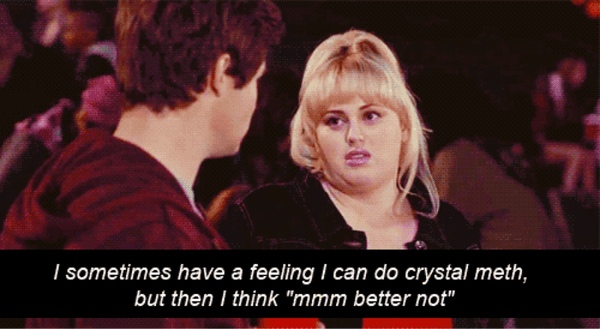 “I interviewed the Kardashians two years ago and I can’t believe how hard they work,” Oprah Winfrey told the Kyle and Jackie O Show in Australia. “People don’t understand that; people think, ‘Oh, if a television camera’s just following you, then that’s just easy.’ To really create a reality series that looks like something’s actually happening, it means you have to be on all the time.  I went to film them as a family and I couldn’t believe how hard they worked. We were there for seven hours and they were gonna tape another seven hours after I left. No matter who you are, that is work.”

So, after hearing both of these sides I found myself in a situation where I never thought I would be – defending the Kardashians! Let’s be clear, I agree with Rebel that it may be unfair that someone launched such a big career the way that Kim K. did, but hey, that’s all on her. After she got into the celebrity orbit, Kim really worked hard. You can’t have so many successful projects without busting your ass. So, yes, you can hate what the Kardashians represent, but are they really the ones to blame for how you feel? They wouldn’t be where they are today if they didn’t have the audience for it. We can’t blame them when the fault falls onto our society. Let’s face it, we live in times when reality TV is more popular than books, butts are more important than brains and you can become famous in many weird ways (and talent is not a necessary quality to have in order to be a star). The Kardashians are just someone who got to profit out of it all by selling their lives on TV. If you don’t like that take the remote and with the channel. If the show is your guilty pleasure, that’s fine too, we at TSD don’t judge.