We all know about him, as we expect him to come down our chimneys around Christmas time. Some of us even leave him milk and cookies, as bringing gifts all the way from the North Pole is hard work. He knows if you’ve been naughty or nice, and we don’t really know all that much about him. His name is Santa Claus and I’m not really sure how to describe what he is. A myth? Childhood fairytale character? And old saint that had a pop culture make over? Here are 5 interesting facts about Santa that should explain a bit better who our favourite bearded man in red really is and where he came from.

Santa Claus was originally known as Saint Nicholas. If you look carefully, you can even see (hear) it in the name. So who was this St. Nicholas? He was actually a real person, the Bishop of Myra, a town in what is now Turkey and he was born around the year of 270. He would give coins and treats to children, often leaving them anonymously in their shoes. That is how he got his reputation of a gift giver, and he was canonised as the patron saint of children. It’s interesting as I am orthodox and we celebrate Saint Nicholas on the 19th of December, and as kids we would leave our shoes near the window the night before so that he could bring us a gift. 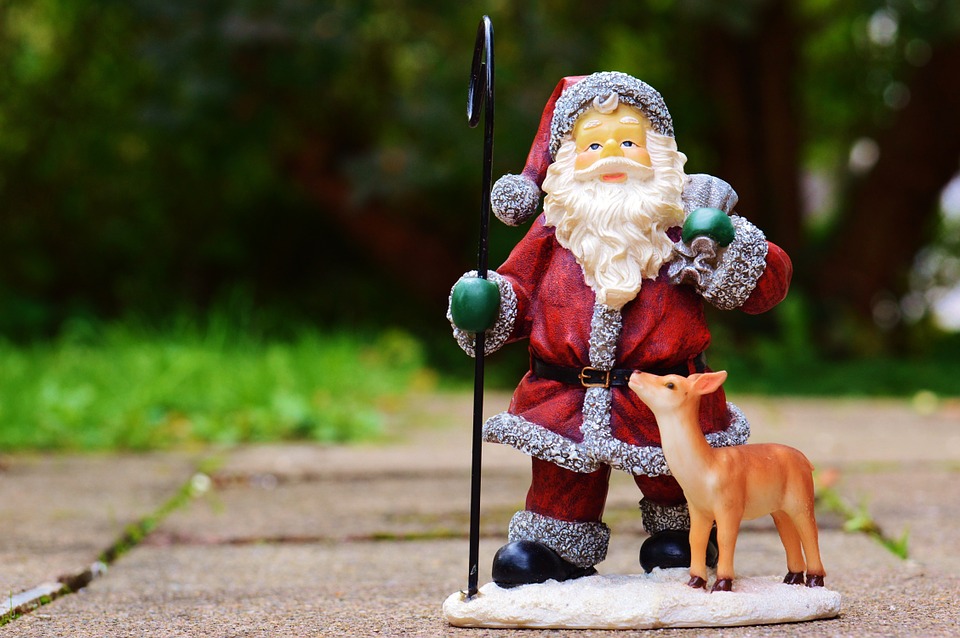 In Dutch tradition, St. Nicholas lived in the form of Sinterklaas. He was a bishop that traveled from door to door to deliver gifts to children on the evening of Dec 5th. The first anglicizing of the name to Santa Claus first happened in a New York City newspaper in 1773. So Santa has been known as Santa for a bit over two hundred years. In that time he transformed from a religious figure to a walking add for Coca Cola.

Talking about Coca Cola, we have them to take for shaping the image of Santa as we know it today. Before, people used to draw Mr. Claus in different coloured robes, including green, brown and blue. Red became more popular in the late 1800s, but it wasn’t until 1931 that his look became so defined. Artist Haddon Sundblom illustrated him as a jolly old man in a red suit for widely spread Coca Cola campaign. The rest is history.

James Edgar is credited with coming up with the idea of dressing up in a Santa Claus costume as a marketing tool. It is believed that he was the first one to go to a department store dressed as a Santa, and this ‘tradition’ is from 1890. It was a huge success from the beginning as kids dragged their parents into his dry goods store in Brockton.

And not to forget Mrs. Santa Claus, it seems Santa tied the knot in the mid 1800s. First mention of Santa’s wife is in James Rees’ short story A Christmas Legend. The idea started spreading, but it wasn’t until Katherine Lee Bates’  1889 poem Goody Santa Claus on a Sleigh Ridethat Santa’s wife was popularised.