Get ready for some serious laughs as Bridget Jones returns to the big screen possibly funnier than ever. I won’t share any spoilers, but I’ll just say that me and my friends had a blast. Before you head to your cinema to watch it, read our 5 interesting facts about Bridget Jones.

The movie came from the book, and the book started as a series of columns in Britain’s Independent newspaper.  Helen Fielding wrote about romantic misadventures of her and her 30-something friends. She never dreamt that it would turn into worldwide best-selling books and three movies!

Search for perfect Bridget Jones took almost two years and included actresses like Cameron Diaz, Cate Blanchett and Emily Watson. Finally, when Renee Zellweger was chosen, lots of people were  suspicious about an American actress taking the role of the clumsy Brit. However, Zellweger was decisive to prove them wrong by taking lessons with a dialect coach and gaining 17 pounds to physically transform into character.

Renee even worked undercover in a publishing house Picador, in London, for couple of weeks. No one really recognised her, but one editor said she looked a bit like the girl from Jerry Maguire. The actress kept a photo of Jim Carrey, her boyfriend at the time, on her desk. No one said anything probably due to british politeness, but it must have seemed strange. During her short career in publishing, Renee went by the name Bridget Cavendish.

Colin Firth was the obvious choice for the role of Mark Darcy. Fielding was charmed by his performance of Mr. Darcy in celebrated BBC version of Pride and Prejudice from 1995. Hugh Grant was excited to take on the role of Daniel Cleaver as he felt the Daniel was of  “a character that was nearer to the real me.” Unfortunately, Grant is not a part of the third movie, but there is a new character played by Patrick Dempsey (yes, the McDreamy guy from Grey’s Anatomy). Also, this is the third time Patrick Dempseys makes his debut in the third movie of a franchise. (the first being Scream 3 and second one Transformers 3) Guess third’s a charm for Patrick. 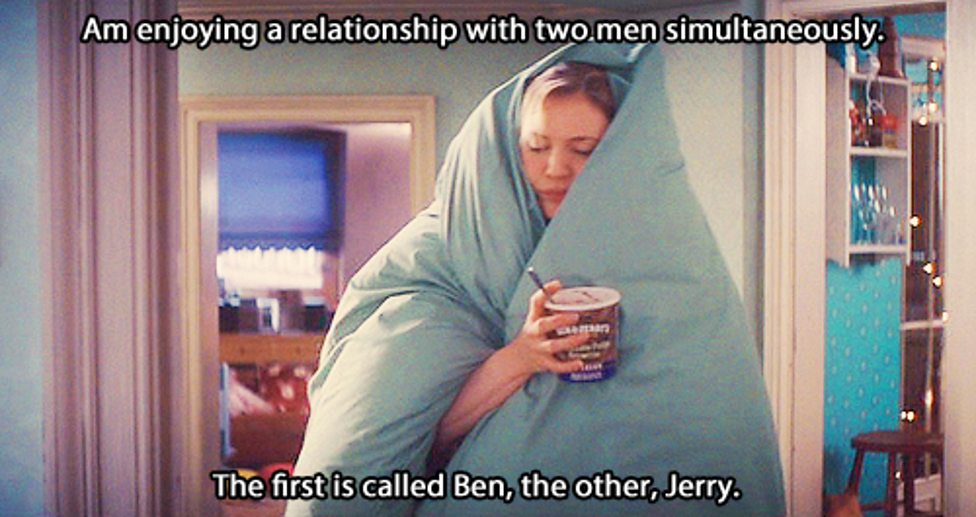 Bridget Jones’s Baby is directed by Sharon Maguire. Sharon, who is a close friend with Fielding, also directed the first part. The second one was directed by Beeban Kidron, and while the third part was originally supposed to be directed by Peter Cattaneo, after some complications and changes it was back in Sharon’s hands. As Sharon and Helen are friends it is said that she inspired the character of Shazza.

Gift Ideas for Her