A while ago we told you about how much we enjoy Andrew Belle’s album called Black Bear, so much that we wanted to know more about the creative mind behind it, so we did an interview with him.

Nowadays, Andrew Belle released a new single, a song that has already crossed the 250k mark on Spotify, a song that we are listening on repeat these days. We didn’t want to lose the opportunity to present it to you and to do so, we asked Andrew to make his own playlist for this week’s Saturday Sounds. Here it goes, 10 songs that Andrew picked himself, his latest song included. Below the link he even tells us a bit about each song and why he decided to choose them.

1) Bon Iver – 22 (Over Soon)
Last month I got to see Bon Iver for the first time at his annual music fest Eaux Claires in WI. He came out, played his entire new album that no one had heard, a few classics, and then walked off stage. It was the epitome of cool.

2) Tame Impala – Let it Happen
I finally got into his newest album, Currents, recently. It’s already a classic in my house. Those drums sounds!

3) Both Hands – David Bazan
I’ve heard for years that I should listen to this guy’s music but it just hadn’t happened until a friend of mine told me about how he played on this newest album and that I’d really be into. He was right – alternative-electro, melancholy at it’s finest.

4) The Tower – Pure Bathing Culture
I discovered this Portland band when I was making my last record. They’ve really made clean, directly inputted guitars cool again – we use them all the time now in my recordings.

5) Pull Me Down – Mikky Ekko
I toured with Mikky years ago and it’s been so fun to watch him succeed. This song rules – it’s super romantic and moody. Totally my vibe.

6) Weightless – Washed Out
Could a song be more lush and sonically inspiring? I love every sound happening here.

7) Levitation – Beach House
This song reminds me of touring the Northeast last fall. I listened to this on repeat when we visited Niagara Falls – it felt like the waterfalls were flowing in slow motion as we past (see my Instagram feed from about a year ago)

8) Timeless – James Blake
No Joke, I think James is the most talented, inspiring, forward thinking artist of our generation right now. I’m quite literally obsessed.

9) Sleep Sound – Jamie xx
This is the music I want to make someday.

10) Dive Deep – Andrew Belle
Well we’ve arrived to my new single. Not sure what to say really, except I’m proud of it. It’s the last track I wrote for this newest album and ironically the first one we decided to release. The bridge is my favorite part in the song – my producer Chad Copelin is incredible and he’s responsible for most of the sounds on this recording. 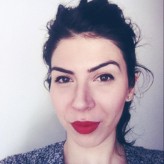 Victoria Beckham - the rise from Posh Spice to fashion royalty