Lena Dunham and the cast of Girls grace the January cover of Glamour Magazine which will probably be remembered for being the first ever to show signs of cellulite, something that we never saw any magazine do! 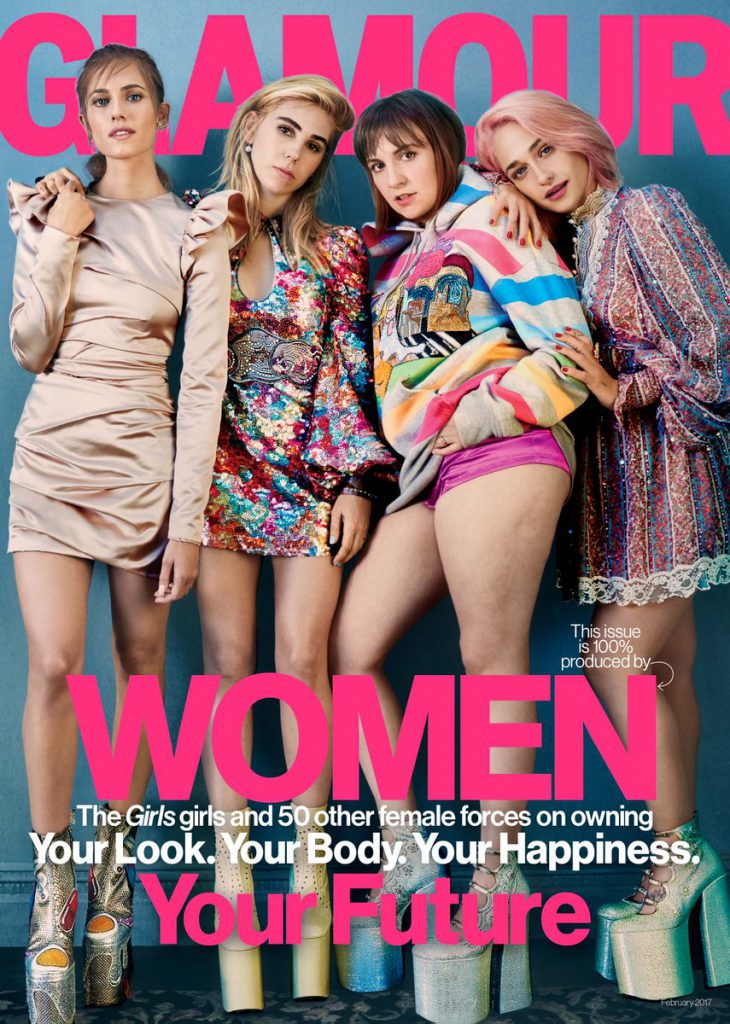 With everything that’s going on in the world a fact that some cellulite has been shown on a cover of a magazine shouldn’t be big news, right? But, since fashion and beauty industry have been dehumanizing standards of beauty for ages now, we felt like it was worth mentioning. The photo shows the stars of Girls dressed quite playfully and wearing sky-high Marc Jacobs platforms. Glamour didn’t make a big deal of not retouching the photo, in fact, it wasn’t even mentioned in the feature. The cover just shows the real deal – Lena’s leg that has cellulite on it because, hey, it’s human. And while in the magazine world that seems like seeing a unicorn, about 90% of women are affected by cellulite (or other little imperfections), so maybe it’s time we get more diversity on magazine covers and inside magazines too.

Lena Dunham previously stated that she won’t let photographers or magazines Photoshop her images anymore, and she is really sticking with it. Last March in her Lenny Letter she wrote: “Not done with getting my picture taken … but done with allowing images that retouch and reconfigure my face and body to be released into the world. The gap between what I believe and what I allow to be done to my image has to close now. If that means no more fashion-magazine covers, so be it.”

It seems like a great fit to have Lena and the Girls on the cover of the issue that is dedicated to women and produced 100% by women. We are happy to see that Glamour featured Lena just as she is. It is funny needing to normalise something that is so common and yet so unacceptable in the world of magazines, films and TV. We look forward to the day when this kind of cover won’t need to be celebrated, but till then cheers to Lena and Glamour! I am out to go and get my copy.

Remembering Fashion Legends that passed away in 2016

Lena Dunham and the Girls